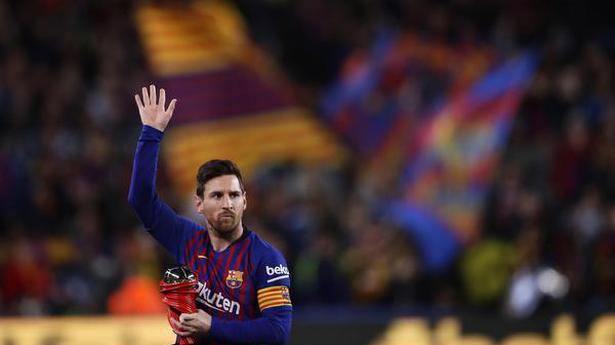 Cules of Kerala, an association of FC Barcelona supporters in Kerala, was only officially recognized by the Catalan giants last month.

Football fans, who largely amused themselves with player transfer gossip, were in a spin Thursday night when news broke of Lionel Messi’s potential exit from FC Barcelona.

Fan groups on social media have literally exploded in the wake of what could be seen as one of the most important developments in the world of football in recent times. Although it was initially dismissed as a rumor, the Club shortly confirmed in an official statement that Messi could indeed leave due to “financial and structural obstacles”.

For FC Barcelona fans in Kerala, it looked like a dream turning into a nightmare as their association, Cules of Kerala, was only officially recognized by the Catalan giants last month. â€œThe fans are deeply shocked and can hardly believe it because it was the least expected. People like me were drawn to the club in the first place by Messi, although loyalty to the club has since surpassed, â€said Anjan Kumar, an ardent fan.

Nishad Razaq, President of the State of Cules of Kerala, struggled to sleep for a few hours as he was kept awake by anxious fans on social media. “This (Messi’s departure) will certainly leave a small dent in the fan base as he has been the club’s icon for so long. But that can be fixed as knowledgeable sources observe it could be a pressure tactic from the club’s part in forcing La Liga, the first division of Spanish football, to relax strict salary rules to keep Messi in the league and therefore his brand value, â€he said.

On social media, it rained memes, as Barca fans weren’t exactly rival fans’ favorites. One particularly viral subject said that 99% of Barcelona fans are now free agents, hinting that the majority of the club’s fans may change their allegiance to Messi. (A free agent in football parlance means a player who no longer has a contract with his current team and is free to join another club.) The most optimistic of rival fans have offered photoshopped images of Messi in the shirt of their team.

Then there were more reasonable football fans like Rahul Babu, an avowed Manchester United fan, who perfectly summed up Messi’s influence on FC Barcelona. “I don’t remember seeing a Barcelona fan jersey without Messi’s name on the back for a long time,” he said.

Previous Is MARR SpA (BIT: MARR) expensive for a reason? A look at its intrinsic value
Next Why GE’s long-term future still looks bright