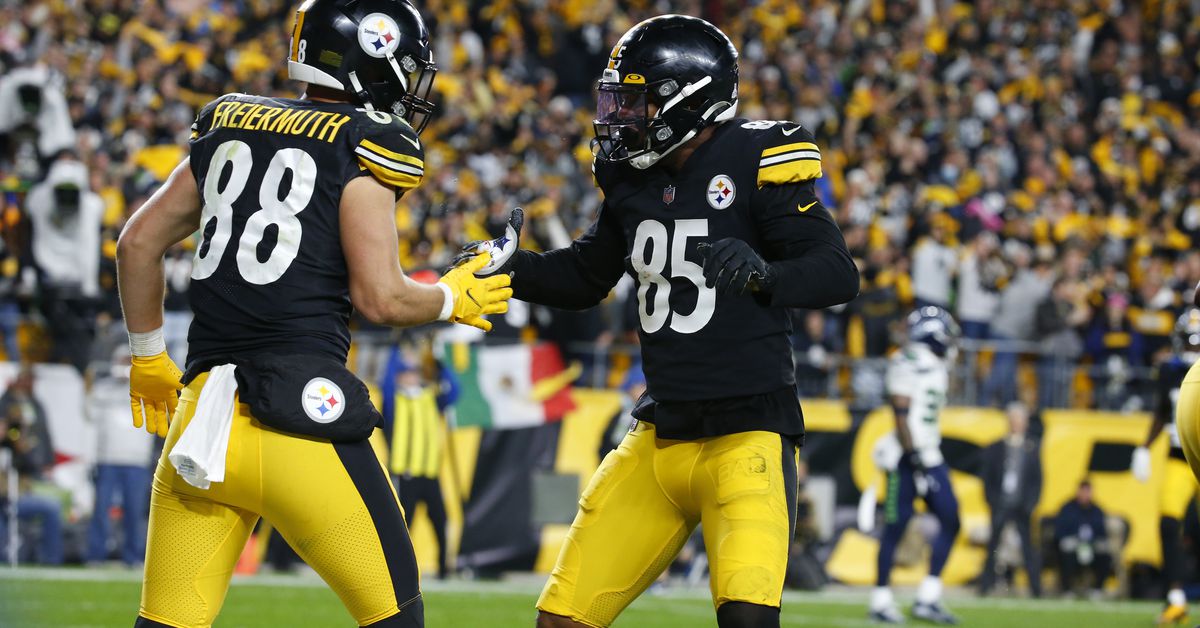 Since the Steelers conduct exit interviews with all of their players, we here at BTSC thought we would do the same. By describing two players each day, we will be able to look back on their season as well as look forward. Since Coach Tomlin said he’s starting his interviews with rookies, first-year players and those heading into free agency, we’ll do the same. To begin, we will pair a potential free agent with a freshman player as we work through this process to eventually cover the entire Steelers roster.

Remarks: As the 2021 season progressed, it became more apparent that Pratt Freiermuth was the first tight end option against Eric Ebron before he was lost for the season due to a knee injury. Ebron grabbed a touchdown on his last reception of the year and was injured on the play. As a future free agent, the Steelers are unlikely to keep Ebron for anything other than the veteran minimum, and even in this case, it would be doubtful that they would bring him back.

Remarks: Coming short of tying Heath Miller for the Steelers record in receiving touchdowns in a season for a tight end, Freiermuth didn’t find the end zone in the final four weeks of the Steelers season. Granted, he missed the Steelers’ first game with the Chiefs due to a concussion. Although he was used throughout the season, it was more evident in the latter part that Freiermuth has become one of the Steelers’ top offensive options. With such a young and reliable safety net in this position, Freiermuth will be a good weapon for the Steelers’ next quarterback in 2022.

So what do you think? How would you conduct the exit interview of Ebron and Freiermuth? Please leave your thoughts in the comments below.