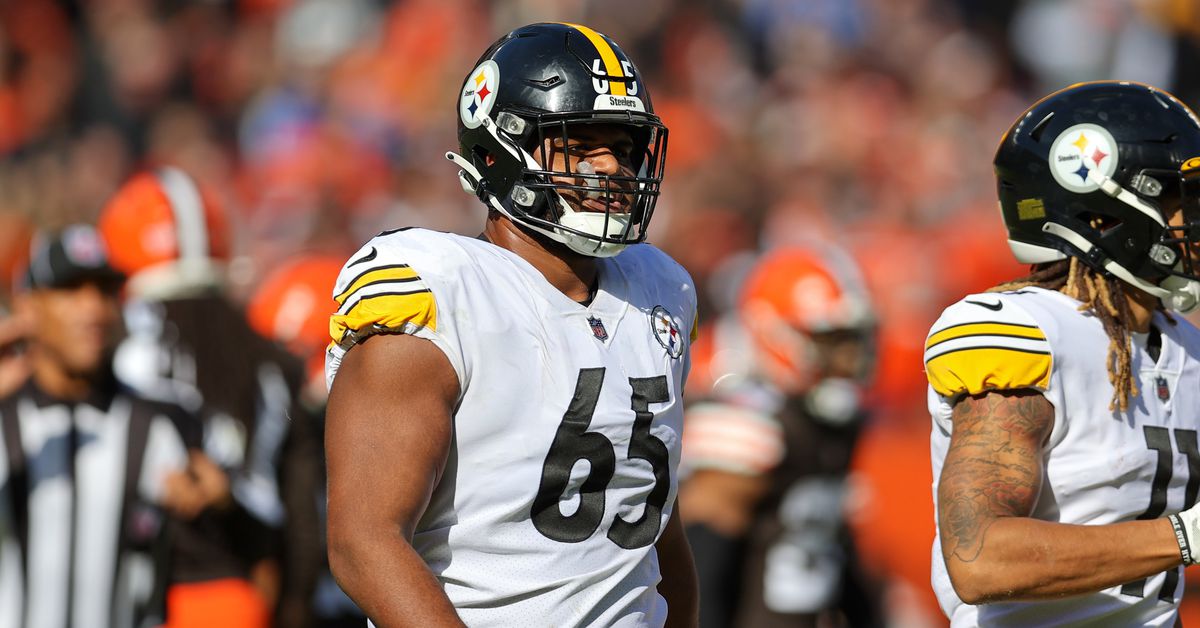 Since the Steelers conduct exit interviews with all of their players, we here at BTSC thought we would do the same. By describing two players each day, we will be able to look back on their season as well as look forward. Since Coach Tomlin said he’s starting his interviews with rookies, first-year players and those heading into free agency, we’ll do the same. To begin, we will pair a potential free agent with a freshman player as we work through this process to eventually cover the entire Steelers roster.

Remarks: The only 2020 starter to return to the Steelers offensive line this season, many expected Okorafor to slide to left tackle. Instead, Chuks stayed at right tackle and the Steelers rookie went to the other side of the line. Okorafor had quite a turbulent season, which was a rare opportunity for him to switch as both a pass blocker and a run blocker in the same game. Despite starting for two seasons, the Steelers need to improve their line offense and Okorafor likely won’t be interested in returning to simply compete for a job or be in a reserve role. Look for him to test the free agent market, but a later return wouldn’t be shocking

Remarks: After being drafted in the fourth round, many thought the best path for Moore would be to not see the field in 2021 as it develops. Instead, it was “trial by fire” as Moore played the second most offensive snaps against the Steelers this season, behind Trai Turner. Still with a lot to learn in the NFL, Moore has shown he has the potential to be a solid starter on the Steelers offensive line if he improves. The potential is there, but there’s still work to be done, whether that’s at left tackle or if he’s asked to move to the other side.

So what do you think? How would you conduct Okorafor and Moore’s exit interview? Please leave your thoughts in the comments below.

Previous Does Halozyme Therapeutics (NASDAQ: HALO) have a healthy track record?
Next Analysis: The crisis in Ukraine is a confrontation between two worldviews