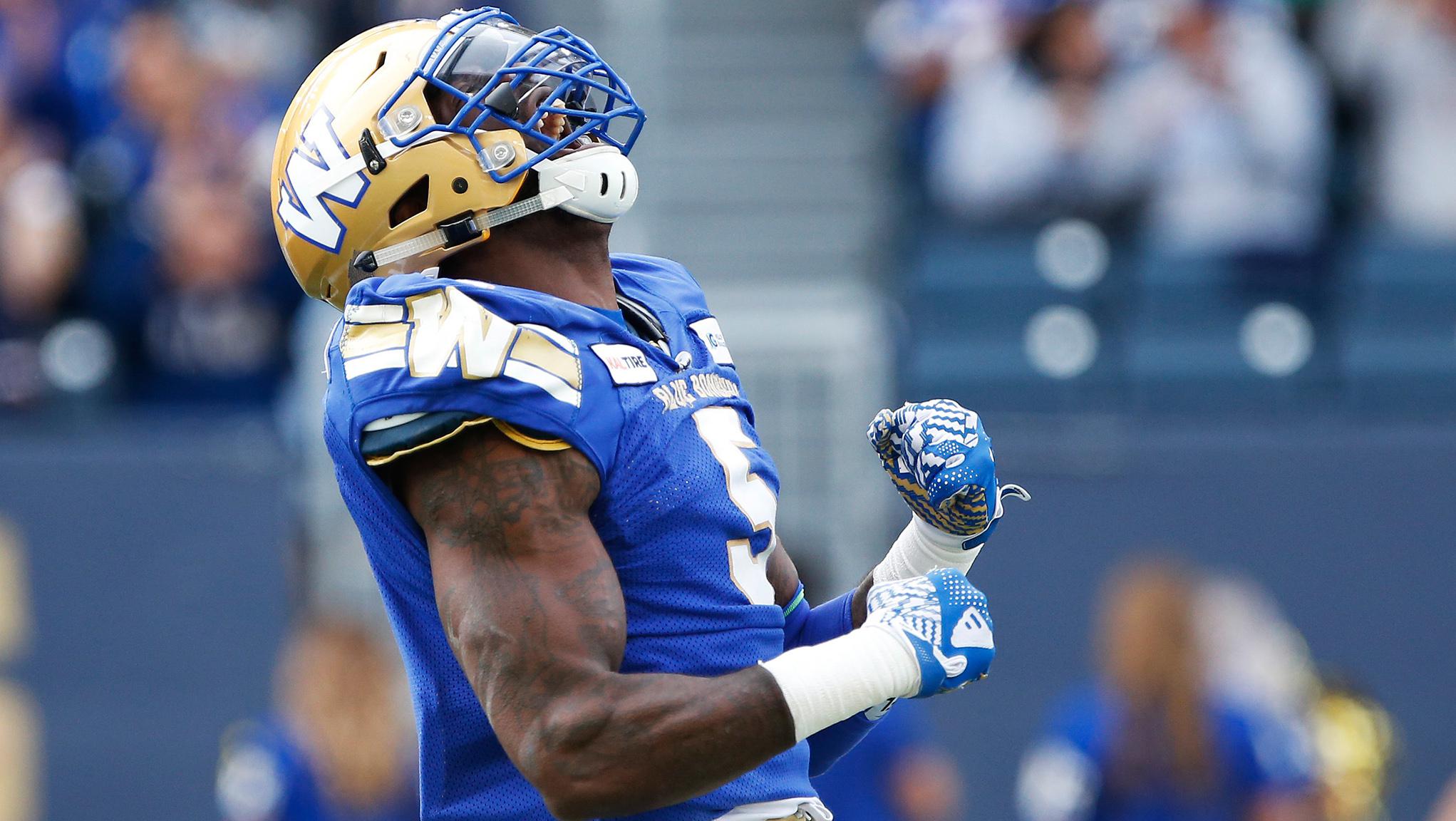 If defensive end Willie Jefferson was “eager” to join the Winnipeg Blue Bombers at training camp this week, he certainly didn’t show it on Monday.

A graduate of Ozen High School, Jefferson entered his first media encounter sporting a big smile, black sunglasses and a white Winnipeg bandana. He was in a good mood, and for good reason.

“The weather is too good here in Winnipeg,” said Jefferson. “There is so much love in the atmosphere.”

It has been over a year and a half since the Canadian Football League played a game. It was the Gray Cup in November 2019, when Jefferson and his Winnipeg teammates lifted the trophy as CFL champions.

Then the coronavirus pandemic struck, and the CFL canceled its 2020 season.

But Monday, this missed season was not on Jefferson’s mind, nor was the 2019 Gray Cup Championship. Instead, he focused on how to improve for 2021 and show. that the reigning champions “weren’t a fluke.”

“This year is over – we really don’t talk about it anymore in this building,” Jefferson said. “All we’re trying to do is make plays and be a dynamic defense like we were in 2019, a few steps faster.

“Getting back on the field with these guys is special,” added Jefferson. “It’s starting to get real again.”

The 2019 season was Jefferson’s first in Winnipeg and the best of his six-year CFL career. He led the league with 12 sacks and six forced fumbles, earning the CFL Defensive Player of the Year award.

As the 2020 season has been canceled, Jefferson said the leave allowed him to “hone his craft.” He devoted himself to studying cinema and working on training techniques to improve his footwork and speed off the line.

Most recently, he returned to Texas to train with fellow Winnipeg defensive end Jackson Jeffcoat, who attended the University of Texas. Jefferson said the connection he developed with Jackson would make them the best defensive duo in the league.

“I don’t think there is another defensive tandem working as hard as we did together,” said Jefferson.

Jefferson graduated from Ozen in 2009 and was an All-State Receiver as a senior. He signed with Baylor, but he eventually transferred to Stephen F. Austin, where he became a defensive end and became the Southland Conference Newcomer of the Year in 2011.

After college, Jefferson began his career with the Houston Texans as an undrafted free agent in 2013, but was released. He played with the Edmonton Elks and Saskatchewan Roughriders in the CFL before signing with Winnipeg.

Now back on the field with the Blue Bombers, Jefferson and his teammates will don the pads for the first time at training camp on Wednesday.

Winnipeg kicks off the new season on August 5 at home against the Hamilton Tiger Cats. The game will be a rematch of the 2019 championship.

“We’re going to release all of this pent-up emotion and anxiety,” Jefferson said. “You can’t ask for a better game to come back after missing a year and a half. I can not wait.

Previous As the large sizes of Port Chester, road safety concerns arise in Byram
Next A look at the fair value of Matrix IT Ltd. (TLV: MTRX)