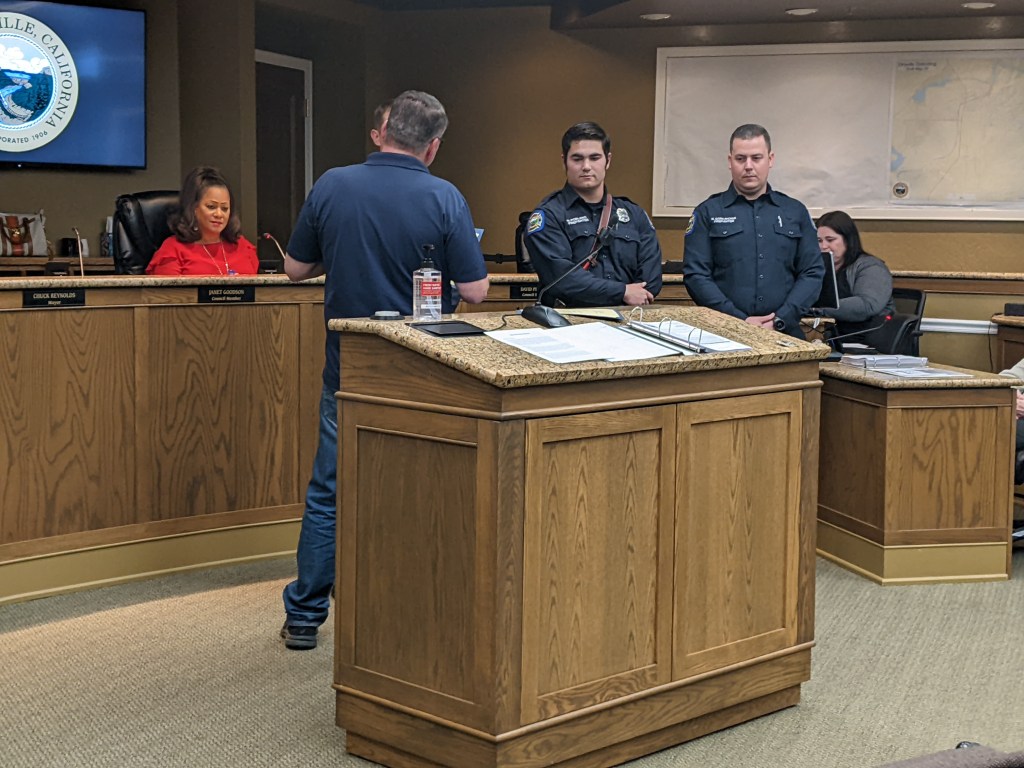 Noah Poblano, Shea Shull and Nikolya Gorkavchuk were sworn in and received their official insignia. Fire Chief Chris Tenns gave a brief speech introducing each firefighter and gave a brief history of each.

The board also voted to amend the body camera rental agreement with tech and weapons company Axon to include stun guns and drone licenses. Councilors voted unanimously for a five-year contract and a cost of $324,430.42 over the term of the contract. It includes the latest and greatest equipment from the Oroville Police Department.

Oroville previously formed several maintenance districts to serve as a source of funding to pay for upkeep and upkeep of certain improvements in certain residential developments, located throughout Oroville. The Consolidated Landscape and Lighting Maintenance Assessment annex was approved, which funds landscape and lighting upgrades. The Consolidated Benefits Assessment District Annex was also approved, which funds drainage and stormwater improvements and related services.

The city also manages the 2006-1 and 2006-2 community facilities districts. These districts provide fire, police and emergency services. The resolutions and the annexations were voted by 6 votes against 0. Councilor Art Hatley withdrew from the vote. There were two special election results and two special tax authorizations.

Council will hold a public hearing to finalize the annexation of the Ruddy Creek Village development to these Assessment Districts.

Councilor Krysi Riggs reminded the public and council of the Around the World event, which takes place on Friday. More than 20 companies participate.

Pastor Bill Spear spoke about an ordinance on oak trees, which will be listed on the next agenda items.