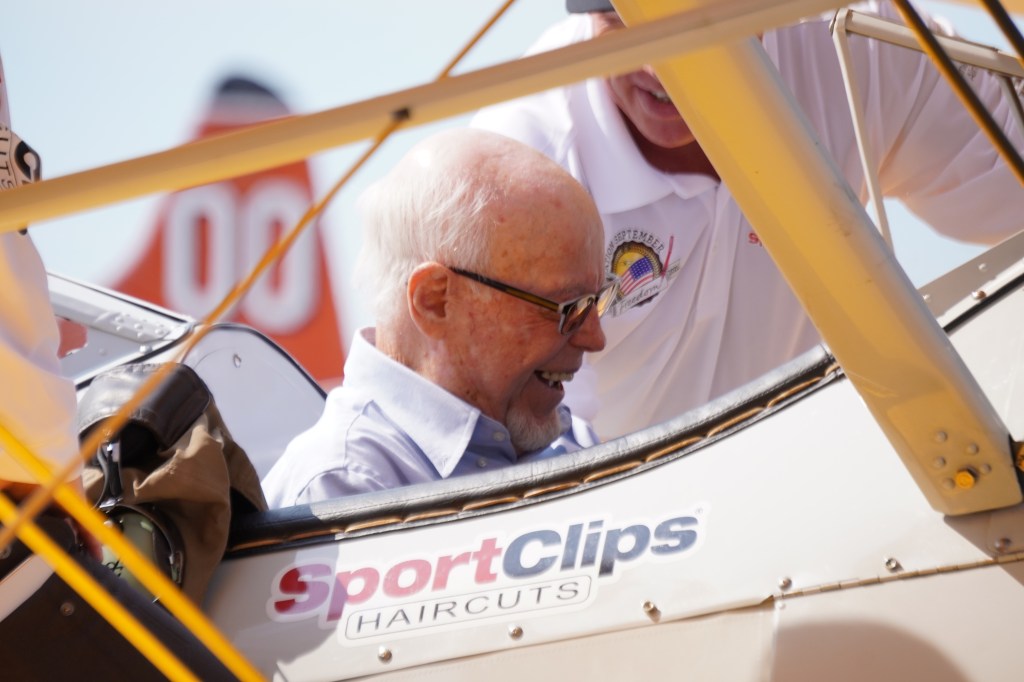 The veterans took the flight on Monday aboard a Boeing Stearman biplane, an aircraft that served as the Air Force and Navy training plane during the war. The event also featured a stand of veterans of foreign wars after 1555.

Obie Wickersham, a 96-year-old Army veteran of World War II and the Korean War, was the plane’s second passenger on Monday’s flight.

“I think it’s something great, especially for us who went to WWII back then,” Wickersham said.

Wickersham, who fought in the Battle of the Bulge and survived as a prisoner of war in the Korean War, said he was thrilled with the opportunity.

“I had no idea that I would ever fly in one of these planes. When they told me they were going to do this, I had something planned for today. Thank goodness the plans have changed, ”said Wickersham. “I’m very happy with this.”

Commander Mike Halldorson of VFW Post 1555 said it was great to see Wickersham come up for a flight.

“He’s the most overall 96-year-old. You could never tell how old it was, ”Halldorson said. “He is remarkable in that he wants to be active in the VFW. We have 250 members and most of them are happy to be members but do nothing. Not Obie. He is active.

Lewis Bagwell, 92, also took a flight on Monday. Bagwell is a WWII Army veteran where he served as a baker supplying bread to three bases.

“I fly to Pittsburgh twice a year, so I’ve flown a lot, but not in a Stearman,” Bagwell said. “Actually, I have a model of this hanging airplane right now in my shop. Since my childhood, I have built model airplanes.

Other veterans who took flights on Monday included Earl Egolf, 101, a Marine, and Bill Bloomer, 96, of the Navy.

” It’s awesome. We always say we get paid with satisfaction since we are all volunteers, we are hugely overpaid, ”said Merilyn Chaffee, Vice President of Operations at Dream Flights. “Personally, I have been involved for 6 years and I love it. I arrived as a part-time planner, just working on planning the event, and fell in love with the mission.

Since launching Dream Flights 10 years ago, Chaffee said the nonprofit has made more than 4,200 flights nationwide.

“We plan to have flown over all 50 states by the end of this year. So far we’ve flown in 41, including Alaska, ”Chaffee said. “On December 7th there is a grand ceremony for the 80th anniversary of Pearl Harbor. We were asked to see if we can fly during this ceremony and we plan to be there somehow to deliver dream flights.

Chaffee added that the flights granted to veterans could not be done without the people who support his cause.

“We have wonderful donors who will see the mission and say, ‘I want to support this. We are so grateful, ”said Chaffee. “We couldn’t do it without them.