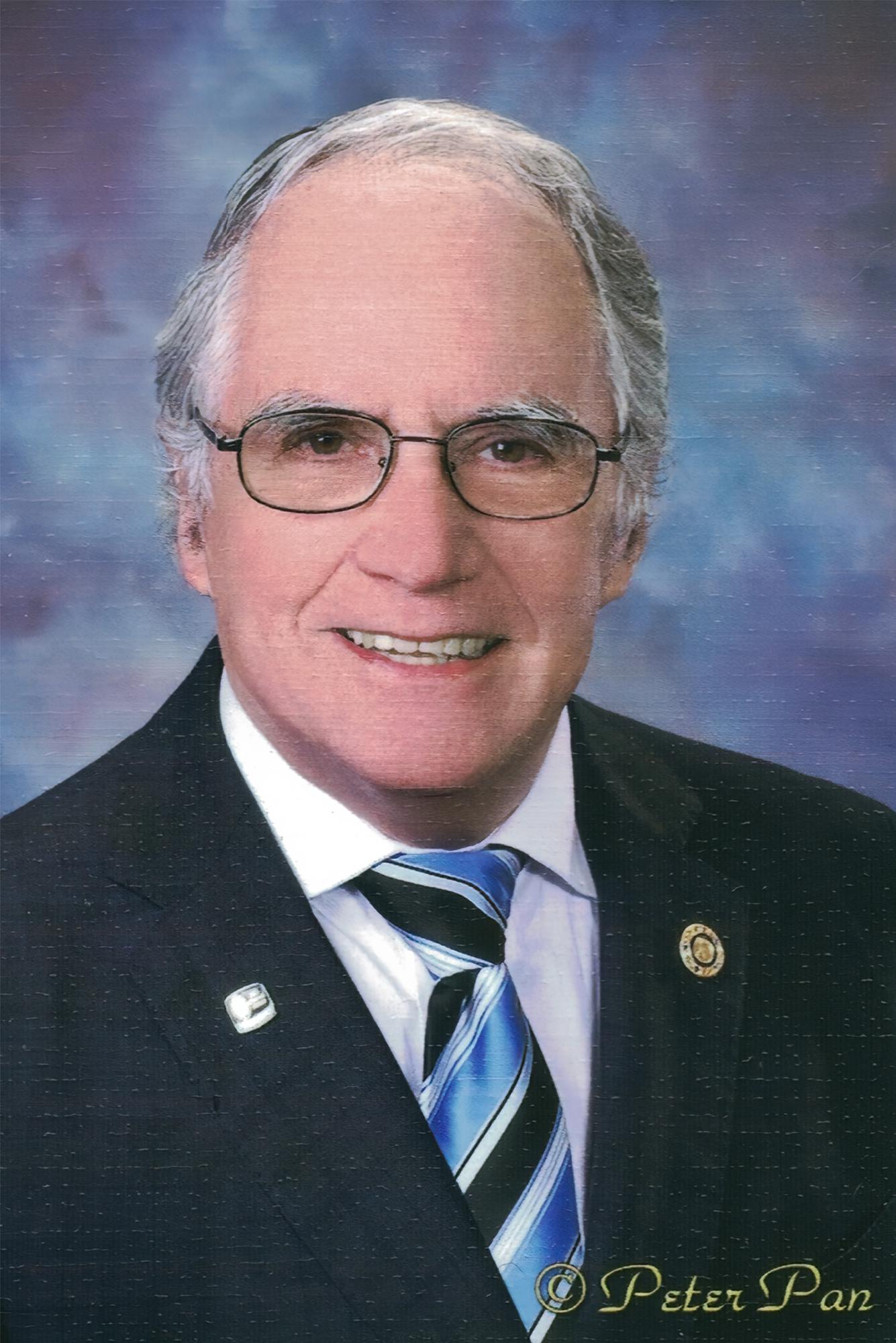 When people hear of the Laredo Morning Times, or LMT as it is most colloquially known in the city, they quickly named the newspaper as William B. Green, who celebrates 50 years of working with Hearst Corporation on Monday. December 6.

Of those 50 years, Green worked 35 years at LMT. The newspaper wanted to dedicate this space to a look at the man who shaped LMT since his debut at the newspaper in December 1986 when he arrived in Laredo and who has since become a major pioneer of the city.

Green was born in St. Louis, Missouri on March 25, 1939 to a military family. In the beginning, his family moved around a lot, traveling more than 10 times as his father prepared for combat missions overseas in the Pacific and later in Germany.

“I grew up as an army kid from a West Point graduate,” Green said. “During WWII we moved 10 times while my dad was preparing for overseas assignments. After the war we lived in Okinawa and eventually returned to Washington where my father retired in 1955 before teaching civil engineering at university.

However, Green says his family enjoyed traveling both ways as it was one of their favorite hobbies.

“My parents loved to travel,” Green said. “In 1937, when Dad was stationed in the Philippines, my mother planned a trip through Indochina and India to the Mediterranean Sea and eventually to St. Louis, where my sister and I were born. In November 1972, my parents and I took the train from Nuevo Laredo to Mexico City and made stops in several small towns before arriving in Mexico City, where we enjoyed typical tourist spots.

Green says his sister passed away recently last year and is the last member of his nuclear family.

Become a pioneer in the industry

Green’s time with the newspapers began at the age of eight. He first featured the Washington Daily News, and he said he even won a bike in a broadcast contest.

After a stint in the military during the Vietnam War as a second lieutenant in the US Army, he then joined the Washington Star in 1963. Later he went to the San Antonio Light in the early 1970s where he worked as a classifieds manager, advertising manager. and publicity manager after interviewing editor Frank Bennack.

Prior to that, he graduated from Princeton University where he was advertising director for the Daily Princetonian.

According to Green, while working for San Antonio Light – a Hearst company – he was introduced to Laredo by Bennack when he invited him and others to La Posada in September 1972 to plan for the next year.

Years later, Bennack and Green will be introduced to Laredo again. This time around, a new ownership of Hearst led to Green’s arrival in Gateway City.

“A few years later (Hearst) bought LMT after Frank became president and CEO of Hearst, and the company promoted me to Laredo as an editor,” Green said.

Since then, Green has taken root in the Laredo community as he has been involved in many organizations over the years.

In the 90s, Green was involved in Mi Laredo Goals and the Laredo Chamber of Commerce. He was also Chairman of the Board of Directors of Junior Achievement of Laredo from 1998 to 1999.

Green has also been a leader of many organizations in the region. Some of the organizations he has served as president include the United Way of Laredo, the Laredo Manufacturers Association, the Laredo Gateway Rotary Club, and the Laredo Development Foundation.

He was also vice president of the Laredo Area Community Foundation and recently helped area children find the joy of learning by serving as the treasurer of the South Texas Imaginarium.

“Like other newcomers, I quickly found that Laredoans are so friendly, personable, welcoming and charming,” Green said. “And an entrepreneurial spirit prevails through Laredo in the private and public sectors. Laredo was declared the best place to start a business this year. LMTeam exudes that same dynamic culture in writing articles, selling print and digital ads, and distributing the newspaper. We learn from each other and from our counterparts in other Hearst newspapers.

During his tenure as an editor for LMT, he also witnessed the dramatic changes that the newspaper industry has undergone. He has, of course, seen even more changes since his youth with the digital revolution, as the industry has undoubtedly experienced a significant transformation.

“Over the past 50 years newspapers have changed dramatically in collecting information and conveying stories, from ‘hot metal machines’ to ‘silly tapes’, glue boards, pagination and sales. from print to print / digital advertisements, to home hard copy distribution and online editions, “said Green.” The basics remain: news develops unique stories for print and online delivery. online, advertising sales innovates ways for advertisers to reach their print audiences, and online and distribution strive to deliver print and digital products in a timely manner. Laredoans have successful and fulfilling careers in all of these areas.

While he understands that the newspaper industry faces hurdles like any other industry, he believes it will continue to be successful despite lingering concerns that things are getting more digital.

“The newspaper industry, like many industries, faces challenges, and yet in many ways it has already reinvented itself,” Green said. “In Hearst, in print and online, opportunities abound for nascent journalists, sales and ad distribution. Over the next year, LMT will likely move to a new location for news and ad sales, and another location for distribution. “

Although Green is someone who doesn’t talk much about himself, he has recently spoken a bit about his personal life and some of the things he enjoys doing the most in his spare time. Certainly, as a devoted Christian, going to church is part of it.

“I belong to the Church of Christ in Laredo led by Pastor Frank Saldivar and am enjoying a new church planned by the building committee headed by Amy Allen,” Green said. “We learn and practice together as a church family. “

In terms of reading and watching movies, he says he enjoys learning new things. He mainly checks the reading of biographies and other content likely to improve his learning.

“As boring as it sounds, I love reading stories, biographies and going to the movies, and I hope to visit Okinawa, where we lived after the war,” Green said.

As for Laredo, Green believes the community should become more involved in all matters relating to the city and help bring out the best in young people. He says there is a lot for the people of Laredo to do and for the city to continue to thrive.

“I also believe that we Laredoans should give back to our community whenever possible with donations of money or time or both,” Green said. “Laredo is about ‘youth and opportunity’. Our schools have progressed with LC and TAMIU so that more and more young people in Laredo can, with work, be successful in school and in their careers. At LMT, many associates, like Managing Director Adriana Devally, started during their studies and progressed into rewarding careers that have benefited them tremendously, LMTeam and Laredo Morning Times.

“There are many nonprofits that serve the needs of young people in Laredo and encourage them to succeed. Junior Achievement, led by Executive Director Oralia Bernal and a strong Board of Directors, teaches the free enterprise system at all grade levels through hundreds of volunteers. Imaginarium of South Texas, led by Executive Director Nora Murillo and a proactive board of directors, inspires young Laredoans to seek careers in STEAM (science, technology, engineering, arts and math). The Laredo Area Community Foundation, led by President Candy Hein and a diverse and effective board of directors, offers multiple scholarships to Laredo youth in colleges in the region and beyond.