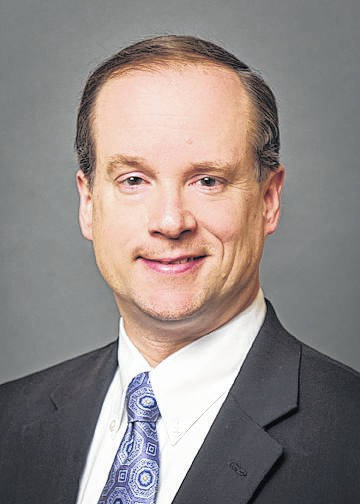 RALEIGH – As a fiscal conservative who thinks government is usually too big and taxes too high, I am thankful for the gas tax.

You should be too. When Oregon instituted the first state fuel tax in 1919 and North Carolina followed suit two years later, their rulers were solving a long-standing problem. Toll roads had been around for decades, but struggled to cover their costs, in part due to widespread toll fraud. With the boom in auto ownership – North Carolina registered some 127,000 vehicles in 1920 – state lawmakers saw the practical impossibility of handling the new traffic with toll-funded roads.

So they had two choices. They could meet the public demand for a massive road network by increasing property taxes or other generally applied taxes. Or they could charge the drivers themselves, taxing the fuels consumed by their vehicles. The latter option was not a direct charge for the use of specific roads, such as a toll. But unlike the blanket toll, blanket gasoline taxation was feasible and enforceable.

Creating a financial link, however imperfect, between the use of roads and their payment has enabled States to make a large investment with a very large return. During the 1920s, the mileage of the paved roads of North Carolina exploded by 92%. The commercial and social life of our State has radically changed.

“Far from being the beneficiaries of unwarranted government intervention in free enterprise,” I wrote in my 2012 book Our Best Foot Forward, “private automobiles were a market-friendly development that made roads a good asset. more valuable. The government did not have to create an insatiable public appetite for automobiles. It came naturally. “

It is important to remember that most transportation assets and expenses are privately owned and funded. Although the governments of North Carolina spend billions of dollars a year to build, maintain and control our roads and streets, the people of North Carolina spend significantly more money each year to purchase, maintain and insure vehicles. that roam these roads and streets.

Here’s what the numbers look like for the whole of the United States. Governments spent around $ 235 billion in 2018 on roads and streets. That year, households spent $ 1.3 trillion on the cars and trucks they drive on these roads and streets, a figure that doesn’t even include commercial vehicles. (You will find similar proportions elsewhere. The cost of building and operating planes is several times that of building and operating airports. Ditto for seaports. The only transportation sector where the government is the main spender is “mass” public transport.)

While fuel taxation has worked reasonably well for decades as a rough indicator of user fees, its practicality is fading. As vehicles become more fuel efficient (a good thing), the amount that motorists pay per kilometer driven for road maintenance decreases (not a good thing). Taxing fuels per gallon also doesn’t keep up with inflation and obviously won’t work, as electric cars will grow in proportion to the fleet. Meanwhile, other tax tools the state uses to make up the difference, such as the highway user tax (essentially a sales tax on car sales), have their own inefficiencies and injustices.

In a new report for the John Locke Foundation, Randal O’Toole of the Cato Institute argued that North Carolina should start preparing to phase out the gasoline tax in favor of a user charge based on mileage, combined with electronic tolling of some limited access. highways. “Mileage-based charges are fairer than fuel taxes and highway user tax,” O’Toole wrote, “because they charge people what they actually use, not what they actually use. that they potentially use. “

There are understandable objections to such a proposal. Will politicians really eliminate taxes on gasoline or try to add mileage-based user fees? Will politicians continue to plunder user fees that motorists pay to fund programs other than roads?

North Carolina needs to get it right. The technology to pay for roads in this way was not available in 1921. It is now. With the right safeguards, we can actualize the user pay principle for the 21st century.

John Hood is a member of the board of directors of the John Locke Foundation and author of the new novel Mountain Folk, a fantastic historical set during the American Revolution (MountainFolkBook.com).