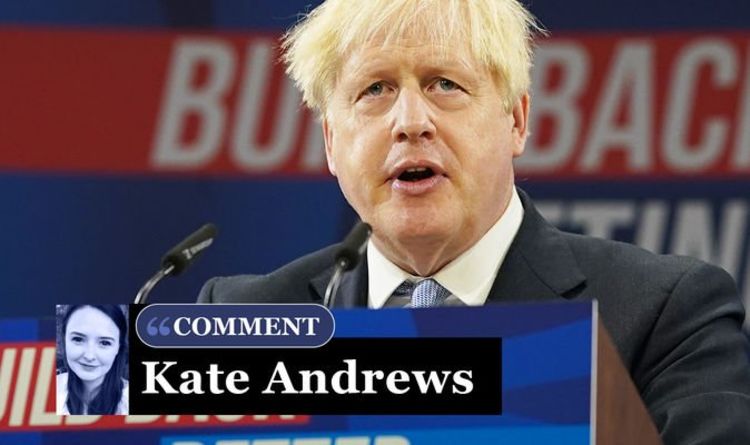 If Boris Wants To Spend Money He Will Have To Find It, Says KATE ANDREWS | Express commentary | Comment

The Prime Minister’s favorite slogans – ‘level up’ and ‘build back better’ – remained as empty as ever, but every time they were uttered it felt like they had a big price tag. to pay.

But if Boris Johnson wants to spend more money, he’s going to have to find it. Having already borrowed over £ 300bn last year [and on track to borrow over £200billion this year] its chancellor, Rishi Sunak, is increasingly nervous about public finances. Thus, all additional expenses will have to be quantified.

This explains the rise in national insurance next year, to provide additional funds for the NHS and social care.

It’s difficult and unpopular for a Tory to raise taxes, which could make Johnson think twice before embarking on more expensive projects. Again, this can lead to more tax increases.

What if the NHS doesn’t turn its NI money over to social services, when it should, in a few years? The taxpayer may be asked to pay even more.

We are a few weeks away from COP26, but we still do not know how the net zero will be paid.

The Climate Change Committee estimates that it will take an additional £ 50bn every year between 2030 and 2050 to reach the target. The nationwide network has estimated the total costs at over £ 3 trillion.

The prospect of rising energy bills due to the global gas shortage was barely lip service. If circumstances largely out of the hands of government are too difficult to follow, it’s hard to see how an honest conversation around net-zero plays out.

Then there’s Johnson’s warm embrace of current labor shortages as a path to a “high-wage, high-skill, high-productivity” economy.

It makes sense to recognize that shutting down and re-igniting the global economy has resulted in shortages benefiting workers who have been neglected for much of the past decade.

Still, the Prime Minister’s reception of these shortages appears to have gone too far, as he was relaxed in the face of food and energy shortages, even willing to risk inflation to maintain wage increases.

It was perhaps the biggest cost revealed at the Conference, that the party quickly abandons one of the most fundamental tenets of free enterprise: that a growth program creates much more lasting prosperity than a program designed to limit economic activity.

If this becomes the new normal, we will all pay dearly for it.