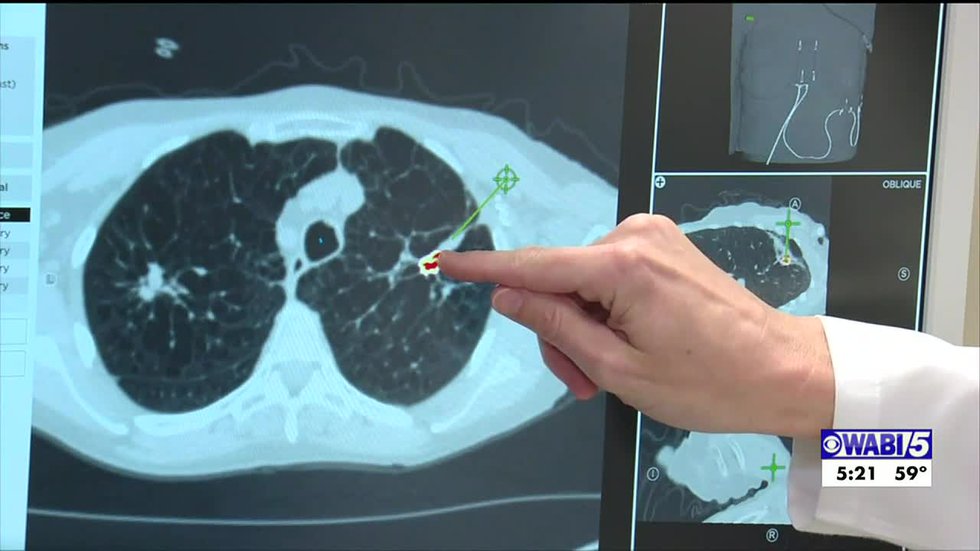 Maine (WABI) – Maine has the 6th highest rate of new lung cancer cases in the United States, according to the Maine Lung Cancer Coalition.

75% of these cases are detected late and are often not treatable.

As Joy Hollowell reports, screening for the disease is easier than you might think.

â€œUltimately, anyone with lungs can get lung cancer,â€ says Lance Boucher, assistant vice president and state public policy for the American Lung Association.

Lung cancer is the leading cause of cancer death in both men and women. But according to a new report from the American Lung Association, only about a tenth of adults surveyed understand that lung cancer is among the cancers most likely to affect women. And only 36% know that lung cancer screening is now available for early detection in people at high risk.

The American Lung Association is hoping its SavedByTheScan.org program can help change that statistic. The online tool specifically targets current smokers or those who have quit within the past 15 years.

â€œIndividuals can enter a little bit of data, on their age, their smoking history and that will then tell them if they are eligible, according to the guidelines, for a low dose CT scan,â€ says Boucher, â€œAnd that gives them a guide to have a conversation with their doctor.

In addition to tobacco use, Mainers in particular are sensitive to radon exposure.

“Radon exposure is the second leading cause of lung cancer,” says Boucher, “and Maine has pockets of the state with higher areas of radon.”

According to Boucher, the five-year survival rate for lung cancer has increased by 33% over the past decade.

â€œIn the last 5 years alone, 40 new therapies have emerged and have been approved by the FDA to treat lung cancer,â€ said Boucher. â€œThese are targeted gene therapies, immunotherapies. Early detection is essential and opens the door to many treatment opportunities and a plan of care. “