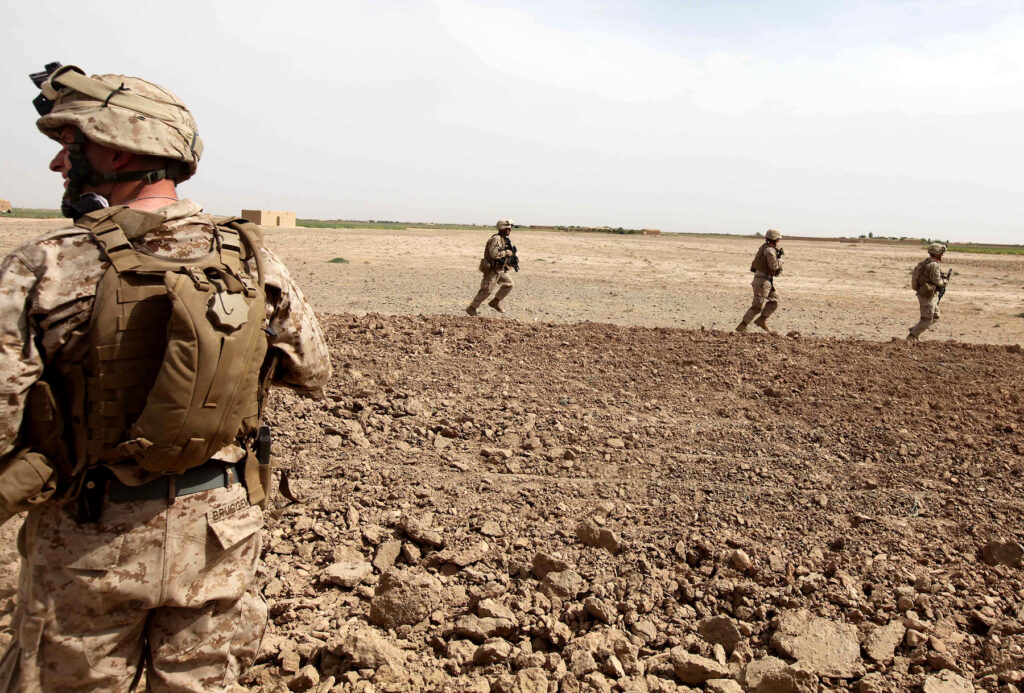 As in previous years, the state’s veteran suicide rate was significantly higher than the national average in 2019, according to a fact sheet released this month by the U.S. Department of Veterans Affairs. In 2019, Colorado had a rate of 43.1 suicide deaths per 100,000 veterans.

From 2018 to 2019, data shows that the national suicide rate for veterans declined by 7.2% taking into account changes in the age and gender of the population. The US Department of Veterans Affairs calls this drop “unprecedented in the past 20 years.” But Colorado’s veteran suicide rate remained stable from 2018 to 2019.

Even with the nationwide decline, 6,261 veterans died by suicide in 2019 alone, according to the VA’s September report. That’s an average of over 17 deaths per day.

In 2019, 170 Colorado veterans died by suicide, according to the VA, representing nearly 1 in 7 suicide deaths in the state.

Colorado Department of Public Health and Environment suicide data shows a higher number – 221 – of veteran deaths in 2019. State determines veteran status for suicide data through a question mark. on the death certificate, answered by the next of kin of the deceased, asking if the person has ever served in the US military.

For Colorado and the United States, suicide rates in 2019 were highest among veterans aged 18 to 34 and were higher among men than women. Nationally, white veterans had the highest unadjusted rates, followed by Native Americans and Alaska Natives, Asians, Native Hawaiians or other Pacific Islanders, and Blacks. or African Americans. Non-Hispanic veterans had a higher suicide rate than Hispanics.

Nationally, the unadjusted suicide rate among veterans was 31.6 per 100,000 people in 2019, according to the VA – compared to an unadjusted rate of 16.8 per 100,000 among all American adults. However, these rates cannot be compared like apples to apples due to the differences between the non-veteran and veteran populations in terms of age and gender.

Notably, the most recent data on VA veteran suicide excludes Reservists and National Guardsmen, according to a recent report released as part of the Costs of War project at Brown University’s Watson Institute for International and Public Affairs. This June report estimated that 30,177 active duty personnel and veterans who served in wars after 9/11 died by suicide, more than four times the number of servicemen killed in war operations in Iraq and in Afghanistan.

For some former military personnel, the VA’s resources for mental health and addiction are below what is needed – putting more lives at risk.

“If a veteran, or anyone else, suffers emotional trauma, depressionâ€¦ their life is in danger,” said Ted Engelmann, an Air Force veteran who served in Vietnam and photographer. integrated independent in Iraq and Afghanistan. “It could be as bad as suicide, let’s put it that way, or the angst they are experiencing personally is a really tough situation.”

Engelmann, who has spent years seeking to raise awareness of the challenges facing his fellow veterans, said he recently had difficulty scheduling an appointment at the Rocky Mountain Regional VA Center. He was told that the first advice he could receive was “70 days before”.

The Veterans Health Administration’s mental health services include therapy, counseling and medication. In Colorado, average wait times for new patients seeking a mental health appointment range from six days at the Golden VA Clinic to 32 days at the La Junta VA Clinic, according to the VA’s Access to Care site. .

New patient wait time numbers displayed online refer to the time it takes from an initial appointment request to the appointment completion. These numbers only represent the average wait times for mental health appointments that were completed between August 20 and September 20. The wait time begins on the date the veteran’s caregiver, who is normally their primary care provider, says the veteran should be seen for mental health care, Brandy Morrison explained. , spokesperson for the VA Eastern Colorado Health Care System.

In Colorado, wait times for mental health appointments for returning patients ranged from one day at the Alamosa VA clinic to 10 days at the PFC Floyd K. Lindstrom VA clinic in Colorado Springs, data shows. online about wait times.

To set up a mental health appointment for a â€œnew patientâ€ for a veteran, the veteran’s primary care physician typically places a referral, or consults, with the VA mental health clinic, Morrison said.

The Eastern Colorado system receives about 45 mental health consultations each day, “ranging from medication management to psychotherapy services,” Morrison said in an email. As of September 14, the Rocky Mountain Regional VA Medical Center in Aurora – the largest facility in the system – had more than 273 mental health consultations open, she said, adding that the average time from when a consultation is placed and a completed appointment is 51 days. But referring providers don’t always say the veteran needs to be seen right away, and there are a number of factors that affect how long it can take someone to be seen, Morrison said.

The VA has options for same-day mental health care even if the case is urgent, she said.

If a veteran had to wait more than three weeks for an appointment at a VA facility, the MISSION law passed by Congress in 2018 allows them to seek treatment in the community from approved providers.

While the VA has taken steps to make it easier for veterans to access mental health care, the issue of former military suicide has not gone away.

SB-129 directs the Department of Human Services to establish the four-year program, aimed at reducing suicide and suicidal thoughts among veterans in El Paso County, where there is a concentration of military bases and other facilities. DHS will contract with a nonprofit or educational organization to provide “free, stigma-free, confidential and effective” mental health and addiction treatment to up to 700 US veterans and their families.

Garcia said he believes the state has the resources to expand the suicide prevention pilot program to other counties in the not-too-distant future.

Engelmann, who lives in Denver, said he was frustrated by the apparent lack of mental health care providers and adequate planners in the federal VA system. The 2021 budget for the Department of Veterans Affairs was over $ 240 billion.

He cited Fort Drum, New York, as an example of recurring tragedy. According to Army Times, three soldiers from the 10th Mountain Division committed suicide at the army facility within 48 hours.

â€œMy concern is where is the financial support from Congress? Engelmann said in an e-mail. “How come Congress and the VA (don’t) provide more qualified staff and advisers and address the ultimate problem: the suicide rate that we have in the military and veteran population in America?” “