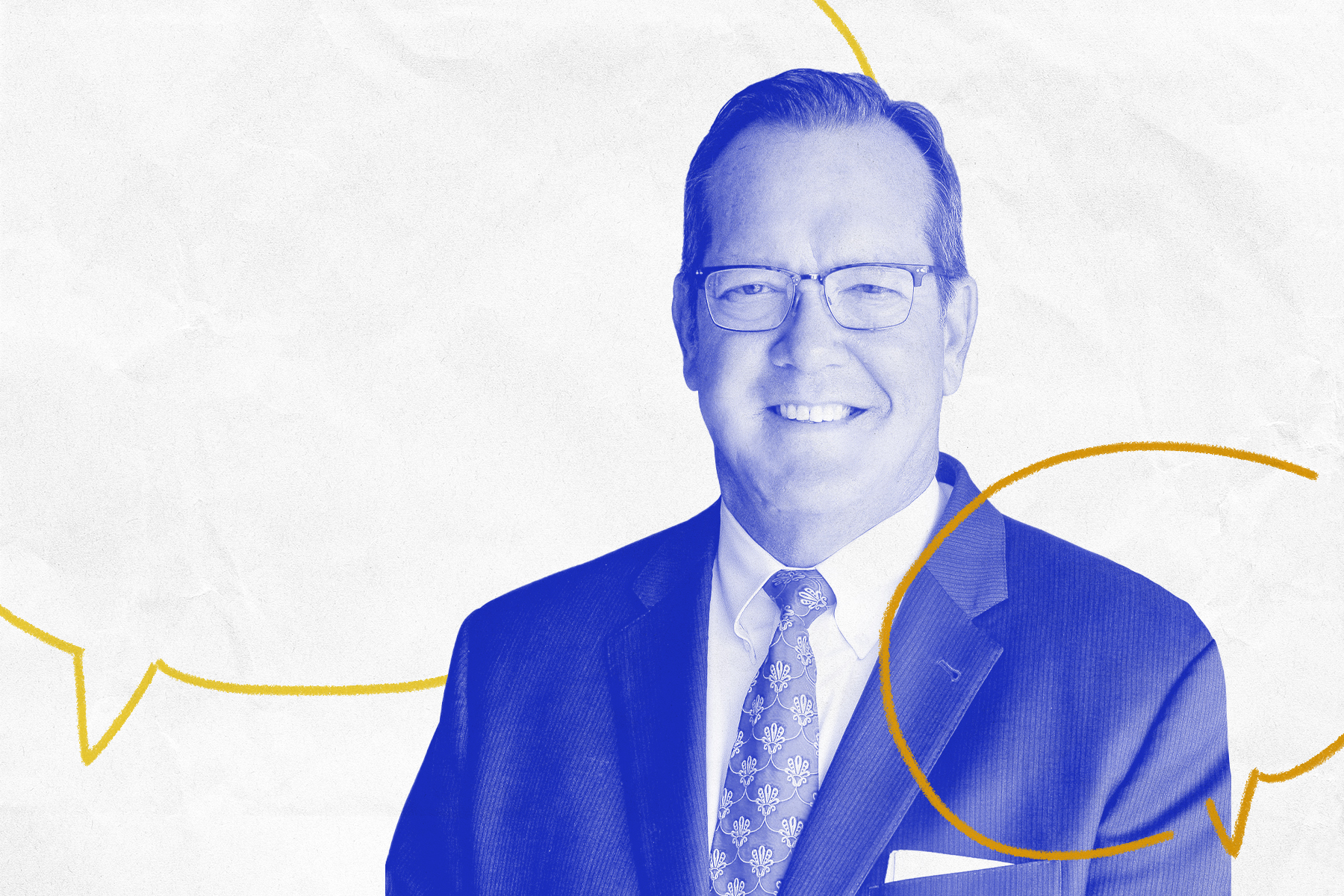 Coffee has been a passion of mine since high school, when I worked at a coffee shop in Napa, my hometown. There, I developed a taste for bold beers and caffeinated intellectual conversations. It’s always a joy when I can combine the two at a local coffee shop with a North Texas business owner.

I recently met Craig Scheef at Ascension in Dallas’ Design District. The flagship of the brand’s six locations in North Texas was recently expanded to double its original size. Founded in 2012, Ascension is known for its Cup of Excellence program, which selects two of the best roasters in the world to serve, from an applicant pool of 180 roasters making 1,800 different beers. I recommend stopping in for brunch and also enjoying the small bites from the cafe.

Scheef is the Founder, CEO, and Chairman of Texas Security Bank, a Dallas-based bank that supports entrepreneurs and business owners. A native of Plano, he played football in Oklahoma before entering the world of finance in middle market lending and then starting his own business. With a vanilla almond milk latte in hand, he shared lessons from his journey and the industry trends he sees percolating.

D PDG: What sets you apart about growing up in Plano?

Scheef: “We moved to Plano in 194, right after my fifth year. My dad was a civil engineer, so we lived all over the country and out of the country in Puerto Rico and the Bahamas. He was doing big construction projects, and Dallas in the mid-70s was really starting to grow, so there was a lot of work. I graduated from Plano High School.

CEO of D: Then you went to play college football in Oklahoma?

Scheef: “Yes. It was a great experience. … It was probably better for me because in high school I was a bit wild. At first it was a bit hard, but [football] was the only thing I had. My parents divorced during my senior year in high school. I had an older brother and an older sister, and when my mom moved away, we didn’t have a lot of money for college, even though my dad didn’t make a lot of money. For some reason, it’s just like that.

“So after I signed the commitment to play football at East Central, I got really sick. I went from 210 pounds to 160 pounds. The doctors were really worried. They did a bunch of tests and even did exploratory surgery. Once they sewed me up, my symptoms disappeared. But nonetheless, I was a very skinny offensive lineman and was afraid of losing my scholarship. I was never a high school student. particularly good in high school, but I started to really focus on that.

When playing Division II football, there are only a small number of purses. We only had 18 scholarships for an entire team, and most people who had scholarships had partial scholarships. I was on the stock market. So it forced me to be a very good student, and to do well. Eventually, I regained my health and started to do well athletically as well. It was just a very important period of growth in my life that was brought on by desperation, which happens to a lot of people: we kind of have to be brought to our knees.

D CEO: How did you get into banking and what led you to start Texas Security??

Scheef“I went to work for First Interstate, which is a California-based bank, and they eventually sold to Wells Fargo. While I was at Wells Fargo, I was in their middle market lending division; defined as companies earning between $50 million and $500 million.

“After 15 years at Wells Fargo, I had the opportunity to work for Bank of Texas. It’s owned by Bank of Oklahoma, which came to Texas and bought a bunch of independent banks to really invest and build a footprint and a franchise to pay off their debt. They had bought one in East Dallas, where I was living at the time, and asked me to run it. It was a smaller bank, so the size of the loans that this bank could do before Texas bank bought it [were smaller]. It was full of entrepreneurs running their own businesses.

“As I got to know these business owners, they shared their stories of how they got started, and I realized that the majority of people who take this risk and start a new company do not. And the majority of people who start businesses, if they have a college degree, are usually not in business. So it would be like going out and starting a business. Were you a journalism student? »

D CEO: English and psychology, but not business.

Chief : “So let’s say you were like, ‘I have an idea. I’m going to start a business. You don’t know anything about accounting, how to properly fund a business, budgeting, forecasting, benchmarking, cybersecurity, hiring people and HR.

“The other thing I realized is that there’s something about our free enterprise system. The level of wealth and prosperity that we have in this country — and we’re not a perfect country — is a direct result of our free enterprise system. People are flocking to this country, and a lot of them are looking to practice free enterprise. That’s also what I learned: a lot of the bank’s customers were first generation Americans, they didn’t come here to take a new job, they wanted to own their own business, and they really couldn’t do that in another country.

“We provide ongoing training for bankers, because that’s our main link with these business owners, on everything related to running the business. [Entrepreneurs] just rely on us to know the bank, but our value proposition is that these bankers really know a lot about running a business. So a business owner struggling with a particular area of ​​their business – HR, collections, accounting – this banker is able to have a rich conversation with the business owner. It’s the first piece.

“The second element is just ongoing training on a monthly basis, it’s à la carte. We do this through our speaker series. We are doing this virtually and we will have between 100 and 500 business owners logging on. »

CEO of D: It’s impressive. As you look to the future, what industry trends do you see?

Chief : “The banking industry faces a significant number of existential threats as we move forward. The first would be succession. When I started working in the banking industry, there were about 18,000 different banks across the country. Today there are less than 5,000, and that’s because of a number of things.

“So you see the disconnect between the person providing the service and their point of view – think, male, white, 70s. So technology and investing in technology, and consuming information about technology emerging, in the banking space is a requirement to survive in the future. These people are not going to do that. So, we lean very heavily on that.

“What you’re going to see is there’s a ton of money, of private equity funds, kind of risk-based money, that recognizes that financial services, banks, in a way conventional banking, as we think of it, are ripe for disruption – significant disruption.There are certain schools of thought that the existing banking ecosystem is the least prepared for a transformational shift in the way we view banking. , it is a risk.

“The other thing is just talent. When I decided, ‘Hey, the bank looks kinda cool and sexy and interesting, and stuff like that’, it’s not anymore. So , competition for top talent against other industries that might be more intriguing or attractive becomes more difficult.

D PDG: Wow, there’s a lot to think about in there. How does all of this play into your goals for 2022 and beyond?

“We are pushing west. We have three locations right now. We are planning to open a fourth location – it will be our first foothold in County Tarrant of sorts. We signed the lease for a unit in Southlake. There are many good commercial areas which correspond very well to our clientele. If you go down to the Mid-Cities, Hurst, Bedford, Keller, Southlake, Grapevine, Colleyville and Fort Worth proper, [there are] many companies that match what our offer is.

This conversation has been edited for clarity and conciseness.

Stay up to date with DFW’s rapidly changing business community with weekly features, interviews and news.