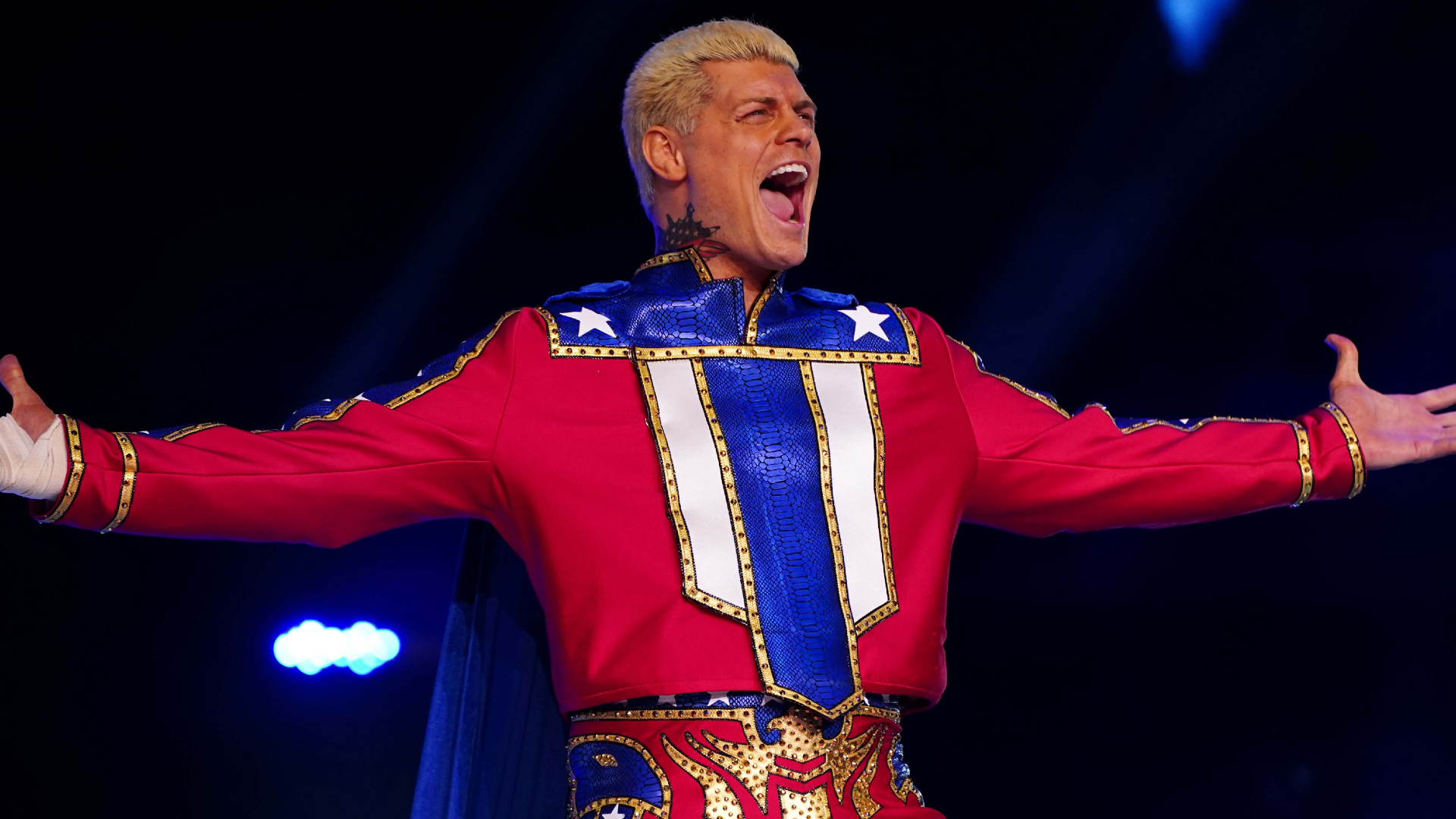 With shockwaves still reverberating through the wrestling world surrounding Cody Rhodes’ AEW exit, a new report suggests he could start working with WWE as soon as this weekend.

The American Nightmare had worked for AEW as a free agent for the past few months, but few could have predicted that one of the founding fathers of the upstart company would ever pass away. But on Feb. 15, that’s exactly what happened when statements were released revealing that Cody and Brandi Rhodes were no longer All Elite.

Stories suggested Rhodes could make a return to WWE, the company he previously worked with for nine years which ended in 2016. With reports of a huge contract on the table and major plans up, the likelihood of Cody Rhodes returning to the company where he first rose to prominence seems increasingly likely.

Now Sports Illustrated’s Justin Barrasso has shed some light on Cody Rhodes’ status and offered some insight into what may have led to the three-time TNT Champion’s AEW exit:

“A key factor that led to this exit was the loss of all booking responsibilities. This is a role where [Tony] Khan, who is the chief creative officer, took the reins.”

As for returning to WWE, Barrasso says it’s possible that Rhodes will start filming for the company as soon as this weekend, but it could also be a perfect post-WrestleMania surprise:

“Everything points to his next destination being WWE, potentially even as early as filming segments at the Performance Center this weekend. And while Rhodes would add value to this year’s WrestleMania, he would also be a major revelation on Raw immediately after “Mania.”