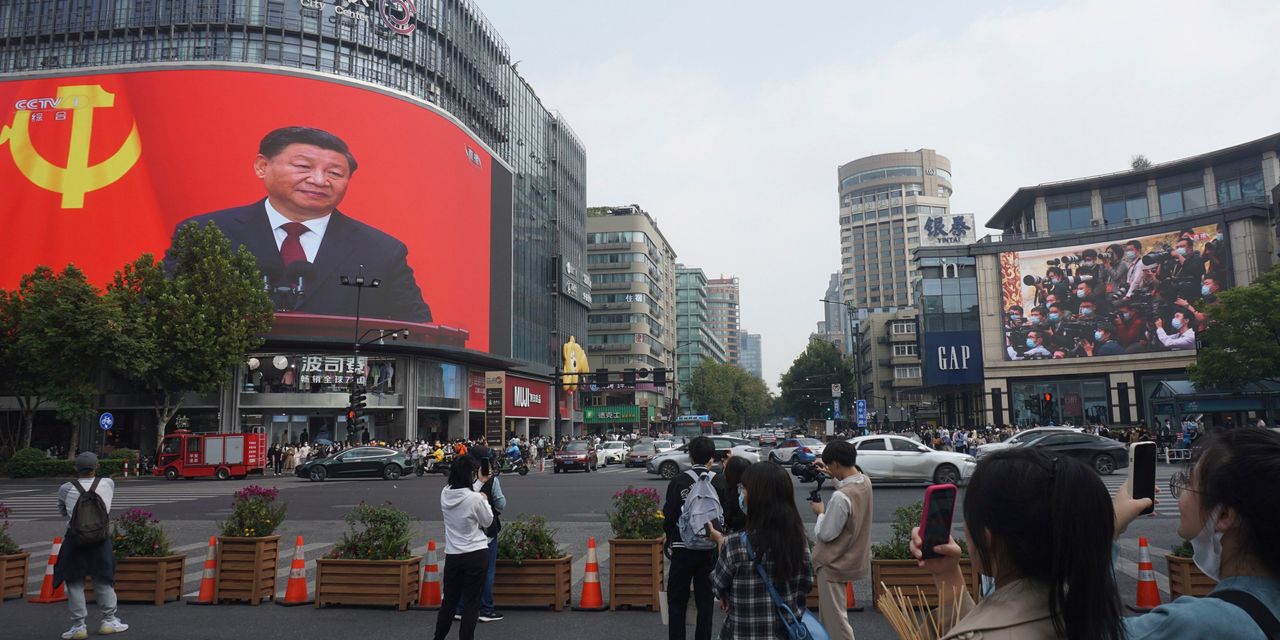 Myra R. Free enterprise Comments Off on China is on the verge of falling into the middle income trap 6 Views

The 20th National Congress of the Communist Party of China consolidated Xi Jinping’s power and confirmed his ideological vision of China’s future. Beyond that, he revealed little about how China will handle its faltering economy. Growth is slowing and growing autocracy will only make problems worse in the long run. The command and control governance model is inherently flawed. The brakes it imposes on economic growth will grow and deepen as Beijing tightens its grip.

There is a glaring irony that Mr. Xi is moving further and further away from markets, because markets are what made China the economic powerhouse it is today. The robust growth that lifted China out of poverty was driven by a hybrid model: a form of state capitalism in which Beijing allowed private ownership and American-style free enterprise to thrive alongside large corporations. low-productivity state enterprises. The rise of export-related manufacturing in China has been driven by cheap labor, government investment, and highly efficient acquisition of foreign technology and know-how. With free enterprise, human capital flowed into China and spurred innovation and productivity. China’s share of global exports has grown from 4% in 2000 to 14% in 2015, creating well-paying jobs and domestic prosperity that have funded modern urban infrastructure. China accounted for 30% of global growth over this period.

Some commentators have presented China’s economic growth model as a favorable alternative to American capitalism and projected rapid growth into the distant future. It was naive. That’s not how economies work. As China’s supply of cheap labor has been absorbed, wages and production costs have risen sharply, while returns on capital investment have fallen. The total productivity of the combined capital and labor inputs has declined. China’s goal of shifting from export-linked manufacturing to domestic consumption has failed, and growth is increasingly reliant on government spending, a policy that is doomed to fail.

Consider China’s real estate problems. Central planners in Beijing have consistently set extremely high targets for gross domestic product and met them by increasing government spending on infrastructure and residential real estate. Obedient local Communist Party bosses benefited from the income from land sales and jobs created by property developers. Booming development and real estate values ​​have driven real estate activity to over 25% of GDP and around 75% of household net worth, very unhealthy and unsustainable levels.

The excesses are unraveling, with steep declines in house prices and sour expectations rattling household net worth and depressing confidence. This reduces consumer spending and renders government initiatives to stimulate consumption ineffective. The biggest property developers are in dire straits, with rising loan defaults and default rates on foreign dollar-denominated bonds exceeding 20%. Future owners are protesting against their mortgage payments on apartments under construction. Government bailouts will be costly and gaining public trust will be a challenge.

Mr Xi is tightening state control over China’s digital economy, large-cap social media and information technology companies and many companies he sees as a threat to communist ideals. These include companies that provide a platform to air opposing views and generate “excessive” wealth. More capital is allocated to politically loyal public companies. Tighter financial regulations and constraints on capital flows are oppressive and reduce capital to finance private entrepreneurs. Defaults by foreign creditors and tighter controls discourage foreign investment, raising the cost of capital.

Deteriorating relations with the world will also test China’s economic progress. Global companies weary of China’s unsavory trade and joint venture practices, not to mention its belligerence toward Taiwan, are taking steps to reduce supply chain exposure. Many countries restrict the trade and exchange of technology and human capital. President Biden’s initiative to halt US exports of computer chips, semiconductors and related technologies, if effectively implemented, will weigh heavily on China’s development and innovation in a variety of industries. The diminished flow of technological skills and ideas will, in the long run, undermine China’s innovation capabilities.

China’s era of strong and persistent growth is over, but it will remain an economic powerhouse. Slashing corporate supply chain ties is a long-term proposition, and China will continue to be the global hub for manufacturing and trade. Its technology and government-backed civilian and defense industries will remain sources of strength.

Nonetheless, Mr. Xi’s tightening grip and his rejection of free enterprise increase the likelihood that China will slip into the middle-income trap that has captured many emerging countries. Its oppressed citizens will pay the price. China’s trading partners are already feeling the effects. Looking ahead, this economic environment makes China’s international maneuvers prone to risk and a potential source of global instability.

Mr. Levy is a Senior Economist at Berenberg Capital Markets and Visiting Scholar at the Hoover Institution.

Previous Petrobras: 35% dividend? Still not worth the risk
Next A look at the fair value of Enel Chile SA (SNSE:ENELCHILE)