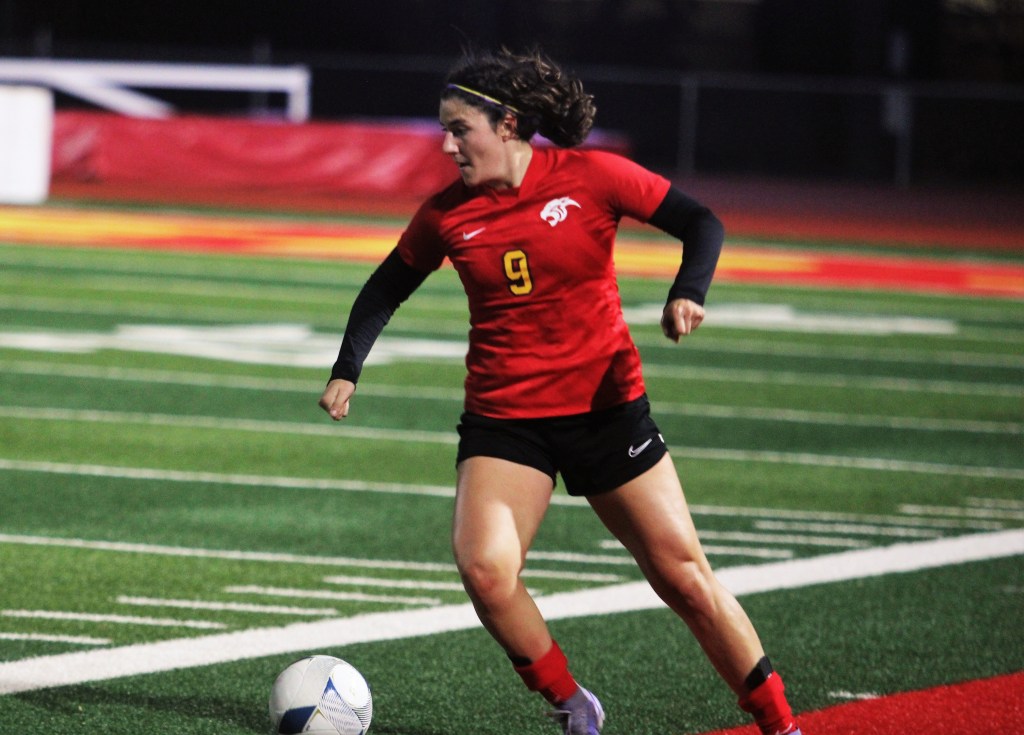 CHICO — The Chico High women’s soccer team’s season nearly came to an end when the Panthers needed overtime to earn a first-round victory in the CIF NorCal Regional Division III playoff over Lincoln.

On a wet afternoon in Chico on Thursday, the No. 2-seeded Panthers clinched their ticket to the NorCal Regional Finals with a 4-2 win over No. 3 Los Altos in the Regional Semi-Final.

Chico High (19-4-1) will now travel to San Rafael on Saturday where the team will face No. 1 team D-III Marin Academy (19-2-2) for the NorCal Regional Championship. Saturday’s game is scheduled to start at 3 p.m.

Saturday’s D-III championship will be the first for Chico High since returning to D-III. The Panthers, normally a D-IV team, moved to D-III in the 2018-19 season and lost in the first round of the regional tournament. Chico was then transferred to DV, where the Panthers beat Pleasant Valley 5-1 in the championship.

“Their performance today was straightforward and they worked together. We played together as a team,” said Chico High coach Sarah Parker. “We moved the ball down the field; we used each other; they talking to each other; a lot of communication about that. I felt like these girls were going out and doing what they had to do.

Both teams battled for possession throughout the game, but neither could get many significant scoring chances in the first 20 minutes of the game.

Chico keeper Mikayla Holmes recorded her first save of the game 21 minutes and 45 seconds from the end of the first half on a punch from a Los Altos corner. Two minutes later, Holmes recorded his second save on a hard Eagles shot.

” You are not ready ; you don’t know the team so with the first stoppage within 15-20 minutes I knew I was ready and I knew who we were playing against so I could defend well and make sure I got in front of the goal “said Holmes.

In the 27th minute of the game with 12:45 left in the first half, Chico High took advantage of the wet conditions at Panther Stadium. A Panthers deep shot into the right corner of the net was missed by the Los Altos keeper, as Chico High forward Priscilla Ward ran downfield towards the goal. Ward collected the ball from the goaltender and passed it to second-year forward Mylee Yuill in front of the net and Yuill fired the ball past a Los Altos defender in the back of the net to give Chico High a lead of 1-0.

“I was trying to do jukes and my cleats were slipping and falling and it was really frustrating, but I figured there was a negative side to this wet weather, and there was a positive side too. “Ward said. “The first goal, the ball slipped out of the goalkeeper’s hands, and I got the assist on that one for Mylee, so there are some positives as well.”

Ward said she knew Chico’s first goal was coming due to the Panthers pressure on the Los Altos defensive end just before the game.

Chico took a 1-0 lead at half-time but Ward nearly made it 2-0 within two minutes until the break with a shot from 20 yards that missed the top of the goal from a few centimeters.

Five minutes into the second half, Holmes made an error which tied the game 1-1. After catching a ball that rolled easily towards the keeper, she ran out of the goal area with the ball and Los Altos were awarded a direct free kick just outside the box. Los Altos’ Jessica Anderson converted from the free kick and fired the ball past Holmes to level the game.

“Mistakes happen,” Parker said. “The girls didn’t let a mistake take them away. A lot of times you can make a mistake like that, and it’ll take you out of the game mentally, but it’s not. Mikayla came back and made some great saves afterwards. She was able to come in and absolutely get over an obstacle. I felt like we had a lot of that today.

A minute and a half later, Ward scored to restore Chico High to their 2-1 lead. The Panthers fired the ball towards the net, and after a few rebounds the ball landed and Ward’s foot and she scored the first of her two goals on the night.

Seven minutes later, with 26:00 to play, Taylor Dever fed the ball to Ward, who passed the ball to Yuill for the shot and his second goal of the game.

Los Altos didn’t give up, hitting back less than a minute and a half later with a Kieran Harrison goal to cut Chico’s lead to 3-2.

The two teams fought until the final whistle, with a yellow card for each team. With three minutes added to stoppage time, Chico did his best to defend his lead while not letting go of the attack.

In stoppage time, Los Altos nearly leveled the game when Holmes juggled a ball that landed on Katelyn Sacerdoti’s foot, but Sacerdoti’s shot sailed high. With five seconds left in the game, Ward secured the game with his second goal of the game and his 60th goal of his senior season to give Chico High a 4-2 lead.

Ward said after allowing two second-half goals in the first round, his team focused on keeping the momentum high and consistent throughout Thursday’s game.

Chico High will prepare for their third game this week in the NorCal D-III Championship. Ward said both teams’ legs will be tired, but it will come down to heart and grit on Saturday.

“A lot of people say that, but it’s just the truth,” Ward said. “If you want more and are ready to put everything you have on the pitch, you will be the winner and on top.”