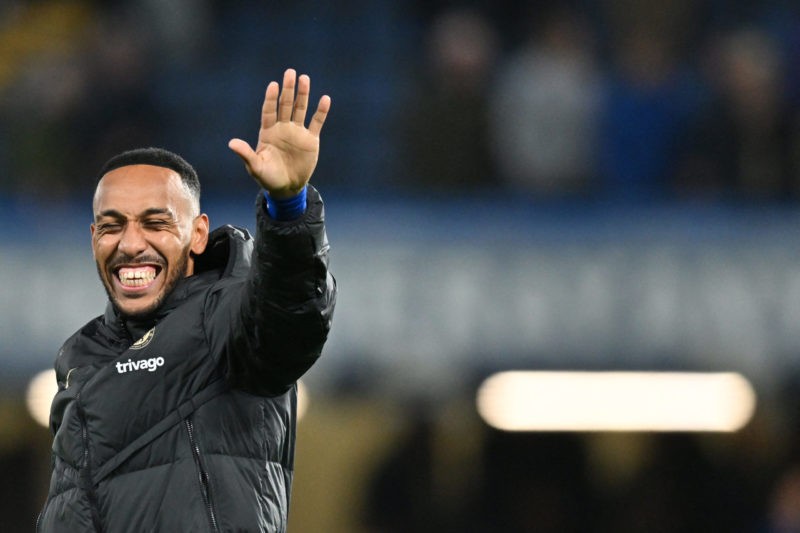 Few thought that Pierre-Emerick Aubameyang would stay at Barcelona for long, not by choice, but because of Barcelona.

Six months later, when Auba signed for Chelsea on a two-year contract under Thomas Tuchel, it looked like he would stay in the Premier League for a while. Then Chelsea sacked Tuchel and Aubameyang lost his main cheerleader.

Maybe it’s unfair for Auba, who, of course, was hitting them for Barcelona after being sent off by Mikel Arteta.

🗣 Aubameyang on Arteta: “Great characters and great players… he can’t deal with it. He needs young players who don’t say anything.”

It’s really low @Auba. As soon as he wants to go out, he will create problems in the dressing room and blame someone else. pic.twitter.com/eIflZHewis

Auba has scored two goals in five Chelsea appearances, one in the Premier League and one in the Champions League, but it looks like Graham Potter doesn’t want to keep the 33-year-old for too long.

Reports from France claim talks are underway with PSG, a club Aubameyang has apparently always ‘liked as a destination’.

PSG coach Christophe Galtier previously managed Aubameyang when he was at Saint-Etienne where they won the Coupe de France in 2013.

The French side are said to want a striker to back Kylian Mbappe as having Neymar and Lionel Messi as well apparently isn’t enough.

Arsenal warned ‘every manager should suspend him’ before buying Aubameyang

If true, it could well be a decision that suits all parties and Aubameyang could be set to move for another transfer fee after Arsenal let him go for free. No wonder Xavi called his arrival in Spain a ‘gift from heaven’.

Chelsea paid £10.8m for him on deadline day.

According to the report in France, if Auba is to join PSG, it won’t happen until next summer.

Footmercato add that PSG are “strongly advancing on the Gabonese striker”.