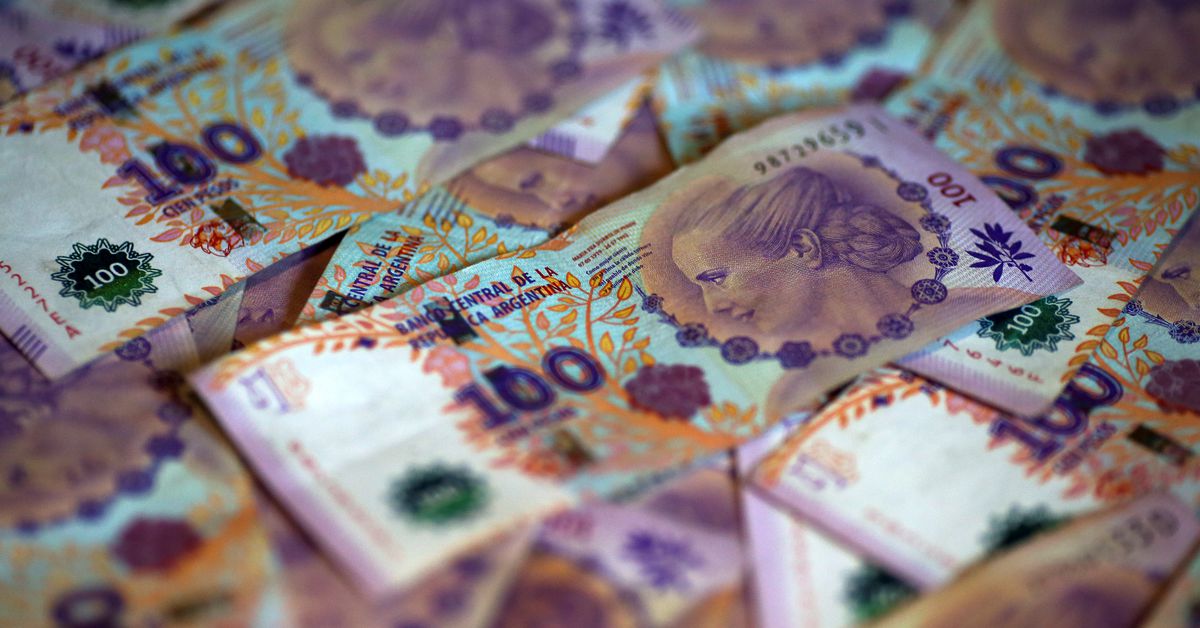 New economy chief Silvina Batakis was sworn in on Monday evening, pledging fiscal responsibility after the abrupt exit of her predecessor, Martin Guzman, sparked concerns about a shift towards populist policies and spending of State. Read more

The black market peso rose 3% to 252 to the dollar after an 8% crash on Monday. It’s a token of true investor sentiment in the currency with the official rate held steady by capital controls that push people into the parallel markets to buy dollars.

The S&P Merval stock index (.MERV) rose just over 2% in trading on Tuesday after falling on Monday.

Traders said the central bank intervened heavily to support the peso and bonds. The official exchange rate, held on a leash since 2019, edged down 0.18% to 126 to the dollar.

“The market is hot, with a central bank selling dollars and intervening in bonds, pesos to try to hold their prices down,” economist Rodrigo Alvarez said.